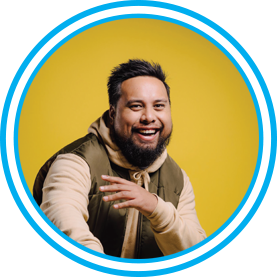 Without a word of a lie, I heard an ad on the radio about enrolments for the NZSOR, on my way to a job (that I didn’t love). I took a leap and applied for this course with the idea that radio is just on air announcing – that changed within the first week. There is production, copy writing, producing, promotions, social media… and that’s only the tip of the iceberg! The NZSOR – TGA equips you with GREAT foundation skills in all these areas. However, like anything you only get out as much as you put in! A career in radio is unlike any other career path.

My advice to anyone thinking of applying – go for it and don’t treat it as a holiday; because the benefits of hard work there, prove beneficial in getting into the industry!
Near the end of the course I scored an opportunity at Mai FM in Auckland. I did the hard yards and worked for a while to get my foot in the door and now I am the Drive Host on Mai FM nationwide.

I never thought in a million years when I first enrolled in the NZSOR Tauranga, that only half a year later I would be living my dream. Thanks to Hamish, Dan and everyone at the NZSOR for equipping me with all the skills I have needed to get me where I am today.
If you are like me and are looking for an exciting career where each and every day I wake up, I’m genuinely excited to go to work, I STRONGLY advise you enrol and take that crucial first step!!! 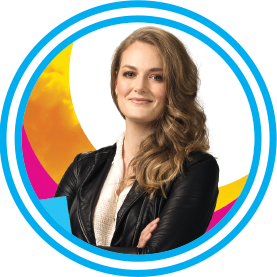 Going to the New Zealand School of Radio in Tauranga was one of the best decisions I’ve ever made.
It was 20 weeks of hard work that then changed my career completely and opened the door for me into the world of Radio. Under the guidance of Hamish Denton and the experienced tutors, I landed a great internship with awesome experience that then opened doors into a full-time job announcing at The Hits not long after my graduation.
If you work hard then you can bypass an expensive and long 3 year degree and go straight into the industry after just 20 weeks! They have amazing training and contacts in the industry.
I would highly recommend the New Zealand School of Radio to anyone who wants to get into the industry! 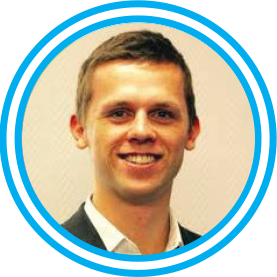 I’m currently living and working in New York as a US Correspondent for Newshub back in NZ.

It’s a terrific job and I’ve been able to cover events all across the States, South America and Europe. Prior to moving over here last year, I worked as a sports reporter for Newshub for about four years and had a stint with Newstalk ZB in Wellington as my first job.

I studied at NZSOR in 2012 and I use many of the skills taught there in my job currently, and the opportunities provided at the school to network with professionals and gain valuable work experience was crucial to getting me my first start in the industry.

This industry is full of diverse and exciting opportunities if you’re prepared to put in the hard yards and the NZ School of Radio in Tauranga is perfect for guiding you down the right path. 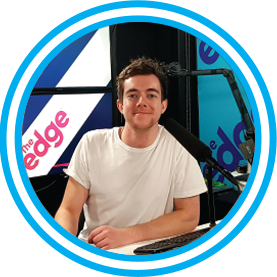 I couldn’t recommend this course highly enough. Hamish and all the team work incredibly hard to make sure you get opportunities to meet all of the right people and get hands on experience of everything there is to in the industry. While you’re there, you get to have a go at all aspects of radio, from announcing to sales, to writing and producing commercials – Which is awesome for helping you figure out what area you want to end up in.

I’m currently the producer for The Edge night show with Sean & Haylee and also get to work with Jono, Ben and Sharyn every day as well as doing the odd announcing shift on the weekend.

Working in radio, you’ll get to meet and work with some of the most creative, talented and generous people out there. And if you’re passionate and willing to have a go at anything, you’ll probably surprise yourself at just how far you go! 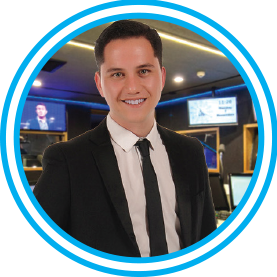 Ever since I can remember, being a broadcast news anchor has been my dream job.
In July 2014, just after I graduated from the NZ School of Radio, I got my break. I interned at More FM Auckland for six months, gaining some great real-world experience along the way. I worked across different departments – from promotions, marketing, digital content, programming, news and on air.

I was quickly offered the opportunity to produce, script and present news bulletins across the MediaWorks network. I also presented and compiled local Accurate Traffic bulletins for Auckland and regional MediaWorks brands. I spent four years working with the Music Brands news team before I made the move to RadioLIVE (now Magic Talk) and Newshub.

It was at RadioLIVE where I took on a content editor role, working on the network’s digital and social media channels, and also hosted a nightly news and current affairs programme called InFocus.

As part of my role, I was lucky enough to travel the world to cover various news stories. I’ve been to the Middle East, South East Asia, and Australia, and even traveled the entire length of New Zealand to create content for Newshub and RadioLIVE.

From broadcasting on the road for a month with legendary newsman Mark Sainsbury (in NZ and Australia) – to scaling the world’s tallest skyscraper in Dubai. It has truly been a wonderful adventure so far. I honestly cannot imagine doing anything else.

So if you’re keen to join me, then sign up for the NZ School of Radio in Tauranga. It was the best decision I have ever made. 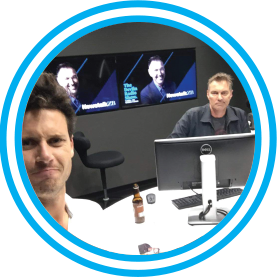 NZ School of Radio really opened my eyes to what an exciting industry radio really is and why I wanted to be part of it.

We learnt skills from the classes for sure, but what I most got out of the school were the contacts that allowed me to chase my first job in radio. I’m not sure I’d be where I am today if it wasn’t for the NZ School of Radio Media and Design. 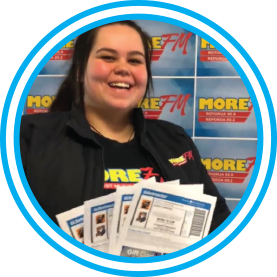 I don’t know how many people have had the luxury of finding their dream career at the ripe age of 18, but I have.
Attending The New Zealand School of Radio was one of the best decisions I have ever made and I don’t say that lightly. Like every other person wanting to pursue a career in radio I wanted to be behind that mic, but I can assure you that that changed very quickly once I started to explore the other aspects of the industry. Radio is an industry where you give what you get – So if you’re willing to do the hard yards, you’ll be rewarded in the long game.

As I write this I am sitting in my office at Mediaworks Rotorua where I am now the Promotions Manager across all brands. One minute I was studying, planning and preparing for what I wanted to achieve in this industry and then poof I was running and executing these promotions that I so badly wanted to be real. I can’t thank Dan and Hamish enough for teaching me everything I know. 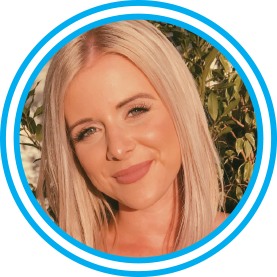 It’s crazy to think that I studied at NZSOR in 2015 because it was one of the most unforgettable times in my life. I’d just finished high school and didn’t have many talents up my sleeve to play around with, but knew I loved to talk – so naturally radio seemed like the right place to start.

What better way to study than to be right in the heart of one of the most beautiful parts of New Zealand and get to study and make life-long friends from all over New Zealand. I gained experience from the school that I can’t have seen myself gaining anywhere else.

I took a strange path after studying at the New Zealand school of Radio; I landed jobs in events companies in Auckland working with big brands like Frucor, Independent Liquor and Ford NZ.

I have only just recently landed my dream job back in Tauranga as a Media Specialist for NZME, where I am selling Radio advertising. Going through the school helped me to meet some great people in the industry and without the school I wouldn’t be sitting in my dream job today! 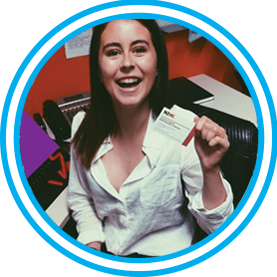 I’ve always wanted a career in the Media and Entertainment industries, but wasn’t sure about which path I wanted to take. I decided on Radio because I love music and thought that you can get a lot more of your personality across. I had a Google one day and came across the New Zealand School of Radio in Tauranga, applied, and soon enough I got in and was on my way up to the North Island (not that my Mum was too happy about that!).

My class was the coolest bunch of people and we all bonded straight away.
We were like one big family! If you know what you want to do, then the tutors will go above and beyond to help you get out and experience the industry. I had the opportunity to go on a two week internship at NZME Tauranga, as well as go for work experience at NZME Christchurch and B FM up in Auckland.

I had the time of my life at NZSOR. Thanks heaps to Hamish and the team for giving me the opportunity and helping me to get to where I am now! 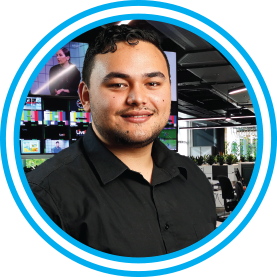 During my time at the New Zealand School of Radio I developed life-long skills that have propelled me into an exciting career in the digital space. Even though I didn’t pursue a career in radio, I always had support from staff to develop my video editing and creative skills.

I spent three years working for New Zealand Rugby League touring across the world from USA to Europe as the Digital Content Manager for the New Zealand Kiwis. This role involved creating digital content and social media management. I now work as a content editor for Māori Television creating promotional content for the network while contracting myself to NZRL when the team assembles.

If you work hard the opportunities at NZSOR will offer you a unique pathway to your dream job not found anywhere else.

We are proud to work with 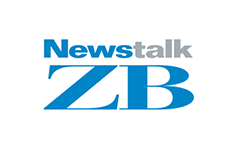 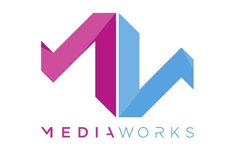 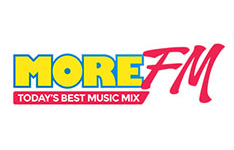 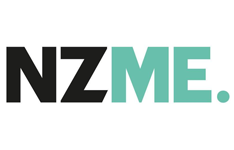 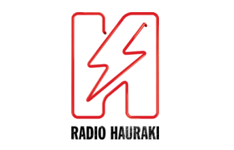 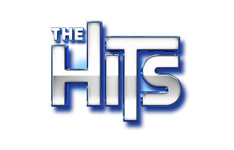 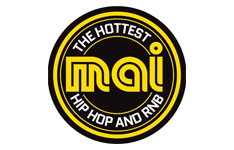 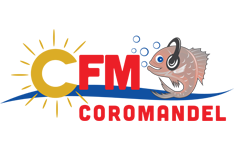 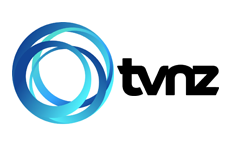 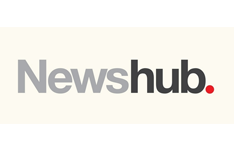